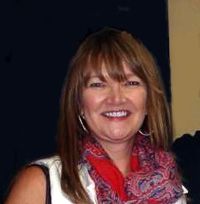 Editor’s note: Our vice president of editorial, Sarah Robertson, recently conducted an interview with Christine Eisel, editor of the recently published Schlager Anthology of Early America. Dr. Eisel is a member of the Department of History faculty at the University of Memphis, where she teaches courses on early America, U.S. women, and American ideas and culture. Her research focuses on women’s gossip in early Virginia, bringing together her interests in women, law, and gender in the British North American colonies. Her essay “‘They make one very handsome Mirkin amongst them’: Gossip and Church Politics in Early York County, Virginia” appears in When Private Talk Goes Public: Gossip in American History (Jennifer Frost and Kathleen Feeley, eds., Palgrave Macmillan, 2014).

1) [SR] With the new Schlager Anthology of Early America, what were your overall goals in developing the list of entries? What kind of balance/approach were you trying to achieve that might be different from previous anthologies on this subject?

[CE] My overall goal was to bring together sources that are classic, must-reads with lesser-known sources that give voice to individuals and groups that deserve to be better-centered in the story of early America. Related to this is the arrangement of sources. I’ve tried to arrange the more familiar sources in sections with titles that will hopefully encourage readers to see history as a creative endeavor, one in which we can ask new questions about even the most familiar sources.

Closer historical inquiry into slavery and slave trades is probably the most obvious topic that has certainly gained even more traction in the last few years, especially with a renewed emphasis on capturing voices and experiences of those who were enslaved. Topics of government and politics, especially Founding Ideals, have regained in what has been a bit of a waning popularity, too. As people from all along the current political spectrum point to past concepts, ideals, and practices to help explain their own understanding of politics and governing, it’s more important than ever to take fresh looks at “classic” (and what may have seemed like less interesting or outdated) sources.

I was at least somewhat familiar with the documents included. I don’t think I had read the Iroquois Thanksgiving Address before. I chose it because it has the potential to open up a discussion of the concept of “Thanksgiving” and how it’s celebrated currently. It also predates the other sources in the anthology and is based in oral history, so again, readers can really get into a conversation on types of sources and how historians use them.

I’ve tried to center sources created by and about women, indigenous people, enslaved people, poor people – people who both lived on the margins and who had been, until pretty recently, pushed to the margins of history. Readers will likely recognize, though, that many of the sources are written by Europeans and/or Euro-Americans, in particular, men. Yet, still, I think this can lead to a deeper discussion about who left records and why, and give readers some practice at “reading through” a document to gain a better understanding of what informs bias or perspective.

There’s been this sort of lamenting over the lack of a grand meta-narrative of US history, that history has become too specialized and there’s no one overarching story. I don’t know if it’s possible to have one story because experiences and perspectives vary so wildly. Still, if it is possible, reading and incorporating multiple perspectives makes for a much richer story that lets us look at the past through the experiences of diverse individuals and groups of people. Multiple perspectives help us think about history more inclusively and to draw connections between who “early Americans” were in the past so we better understand who we are today.

6) How does the new Schlager Anthology of Early America present a modern approach to the historical era?

Modern scholars of early America have pushed past boundaries of earlier scholarship. The sources in this anthology reflect that in their emphasis on indigenous peoples and colonial societies outside mainland British colonies. The sources embrace an Atlantic perspective on North America’s history as well, bringing colonial American societies into the larger processes of early modern history.