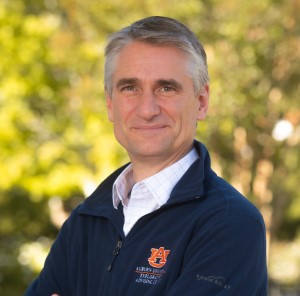 Editor’s note: We recently conducted an interview with Craig Kaplowitz, editor of Milestone Visual Documents in American History: The Images, Cartoon, and Other Visual Sources That Shaped America (publishing this month). Craig is the Director of the Exploratory Advising Center at Auburn University. Previously, he spent two decades as a professor of history at Judson University and Middle Tennessee State University.

1) Talk about the matter of using “visual” sources as documents to be analyzed, vs. written ones that might be a more typical subject for a primary source collection.

[CK] Visual images have been used to influence and interpret American history as long as there has been American history. Images have told the stories and shaped contemporaries’ views of events every bit as much as written sources (not to mention the spoken sources that happen to have been written down). Over the course of twenty years in the history classroom, I have developed a deep appreciation for visual sources as an aid to student learning. People do not experience their lives primarily through the written word, and visual sources provide a unique access into the lives of the past that I think helps students relate. But there are also similarities between written and visual documents. Both have creators, and we must consider the creator’s purpose and intended audience just as we do for authors of written sources. And they both have a tendency to reveal more than the creator intended. We intentionally titled this a collection of visual documents as an encouragement to approach these images as we would approach the speeches, letters, and other written documents that dominate most primary source collections—by subjecting them to good historical analysis even as we add their distinct insights to our historical understanding.

2) What were your overall goals in developing the list of entries? What kind of balance/approach were you trying to achieve?

A medievalist colleague and I used to compare notes on the sources we used in our scholarship. He had barely a handful of documents available for a topic, while I—a historian of 20th century U.S. national policy—had thousands. We each had our problems. He had to draw out the story from the near-silence of fragmentary evidence, while I had to find the story amid all the noise of those many sources. Selecting sources for this collection felt a little like that, with the number of visual documents available starting off quite limited, increasing slowly through the 19th century topics, and then becoming almost limitless for the most recent periods. I wanted to offer insight into the most common eras and topics addressed in U.S. history classes at the high school and early undergraduate levels, but maybe through an unexpected voice or view where possible. The eras are not evenly represented in quantity—the 20th century has about half the entries—but I tried to make the quality consistent, through a mixture of depicting important events, actions of influential people, and the lived experience of a variety of Americans. My goal for selecting specific documents was twofold: each had to represent a significant development, theme, or event in American history, and also be engaging to effective use in the classroom. Satisfying both criteria helped determine which worthy topics did not get depicted. Some of the documents used are well-known and some are quite obscure. Some are of famous events and deal with famous people, while others depict the lived experience of unknown individuals and families. But they all reveal something about key actions, decisions, and events that have shaped the American story.

3) Were there any sources that you included that were new to you and particularly surprising or noteworthy?

I was not familiar with the Before and After photos of Native American children at the Indian schools until I began research for this project, and they are among the most powerful images I examined for the book. What was intended as a civilizing project was really identity theft, removing all physical vestiges of the children’s past life and culture down to their hair length and style. Yet the stoic dignity of the individuals in the face of such treatment remained and shines through in the photos.

4) Talk about the diversity of perspectives in the book and the importance of highlighting minority voices.

We cannot understand the past if we do not hear from all the participants. Some have more power than others in shaping events, but the American story only truly makes sense as we understand the many different ways people experienced the events of their lives and the ways they made sense of that experience. The goal for the collection was not just to find references to people from different groups, but to hear as many voices as possible as both subjects and creators of historical artifacts that deserve to be included in our understanding of the past. It is a challenge, for some periods in particular, to find accessible, available visual documents created by people whose voices were typically ignored. But I was happy to find some accessible images created by people we have not heard enough from, or images that allow people with less familiar perspectives to communicate something of their experience.

5) What topics/events on the list are of high interest in the classroom that might not have been in the past?

One element of history that is easier to address in images than in written documents is the sense of physical space. There are documents in this collection from every era that reveal the places where events occurred or people lived their lives. Such a focus on the physical locations was more difficult in classrooms of the past—starting with the stereotypical professor fumbling with a massive map collection. From the differences in layout between a New England village and a southern plantation, to mill towns and canal towns and a 19th-century African American midwestern settlement, to the symbiotic growth of cities and suburbs of the 19th and 20th centuries, this collection provides rich depictions of place in which to situate the events of history.

Attention to popular culture and especially entertainment has also grown. Such attention is helpful, not only as a new way to understand the past for its own sake, but also for helping students learn about the relevance of studying history. Analyzing entertainments from the past helps students analyze their own popular culture in its context, with a chance to become more aware historical actors and consumers themselves.

6) As you look back over the list now, what do you think it reveals about our current approach to the American past?

Producing a volume devoted entirely to treating visual documents as documents fits historians’ desire to expand our understanding of the past by using evidence wherever we find it. There has been a lot of discussion over the past generation or two about how virtually any artifact can be read as a text, and there is a lot of recent work helping us learn to read visual images. It is important when drawing on new kinds of sources to do so carefully and rigorously. I think visual documents are a particularly rich resource to include in the accepted range of sources to interpret and apply to our historical understanding.

The use of visual images as documents in their own right only grows in importance for teaching, as students live and interpret more and more of their own lives through the visual documents produced on social media. Using these kinds of sources thus provides a double benefit. We gain a more complete understanding of the past by expanding our idea of what counts as a document, while our students are able to relate more directly to the actors in the past and become more invested in understanding their experiences.

Finally, there is some tension currently between telling lots of individual stories versus trying to tell a larger story, and some question as to whether it’s even possible to tell a larger story. I hope this collection encourages both. Documents created by individuals represent particular experiences and understandings of the past. If we hope to understand that past, and learn ways to avoid repeating its mistakes while being on the lookout for our own, we need to see the relationships among those experiences and understandings. Visual documents are a great addition to the tools we have for that historical project.