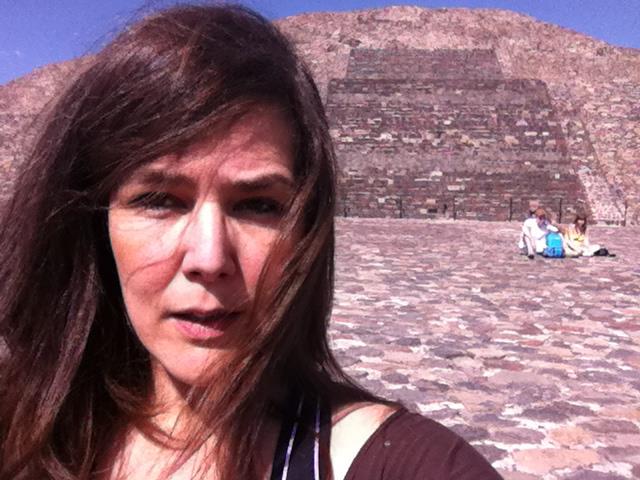 Editor’s note: Our vice president of editorial, Sarah Robertson, recently conducted an interview with Jennifer Koshatka Seman, editor of the forthcoming Schlager Anthology of the Gilded Age and Progressive Era: A Student’s Guide to Essential Primary Sources. Jennifer is a Lecturer in History at Metropolitan State University of Denver, where she teaches courses in U.S. and Latin American history. Her first historical monograph, Borderlands Curanderos: The Worlds of Santa Teresa Urrea and Don Pedrito Jaramillo, was published by the University of Texas Press in 2021. She has also published articles in scholarly journals including “Laying-on Hands: Santa Teresa Urrea’s Curanderismo as Medicine and Refuge at the Turn of the Twentieth Century” in Bodies and Their Care in an American Secular Age, Special section of Studies in Religion/Sciences Religieuses (2018) and “‘How do I know … prayers don’t do more good than … pills’: Don Pedrito Jaramillo, Curanderismo, and the Rise of Professional Medicine in the Rio Grande Valley, 1881-1900,” in Journal of the West (2015).

1) [SR] With the new Schlager Anthology of the Gilded Age and Progressive Era, what were your overall goals in developing the list of entries? What kind of balance/approach were you trying to achieve that might be different from previous anthologies on this subject?

[JKS] I really wanted this anthology to be filled with a variety of voices and perspectives from this time period, including the most well-known, like Andrew Carnegie’s “Gospel of Wealth” to the lesser-known,  such as Lucy Parsons’s “I Am an Anarchist” speech. I also wanted this anthology to have a variety of types of sources—textual and visual—to engage students and readers in different ways. I remember having primary source readers when I was an undergraduate, and they were typically filled with long and (to me) boring excerpts from politicians or businessmen—and I just could not relate. I did not want this anthology to be that! Not just because of my personal taste, but also based on my experience as history professor. My students are diverse, and they need to see themselves in the history they are learning. This is what excites them. And truthfully, the history of the Gilded Age and Progressive Era is diverse! It is filled with people from a variety of races, nationalities, ethnicities, class positions, religious persuasions, and genders. To not include this rich tapestry would not really reflect this dynamic time period accurately.  So, I wanted to do that. I also want students and readers to be inspired by the past, to see how people from a different time and social location survived adversity such as Jim Crow, worker exploitation, and gender discrimination. There are many strong and resilient voices in this volume.

Scholars are taking a more intersectional and transnational approach to the study of the past, and this anthology reflects that. Rather than only looking at the rise of capitalism and the rise of workers’ organizing and fighting for rights—both important parts of this period—a focus on people not usually included in this story, such as Indigenous Americans, Black Americans, Chinese, and Latin Americans characterizes this anthology. Looking past the borders of the United States, but also looking within to see the many histories that were taking place at this time, some connected to the rise of labor and/or capitalism, some not. Some voices intersect across multiple themes, such as Lucy Parsons: a woman of color and an anarchist. Her voice is a particularly compelling one.

I cannot pick just one! Every document in the volume, even the more well-known documents, will benefit from a fresh look, with fresh questions being asked of them.

The Gilded Age and Progressive Era was a time not just of progress and growth, but a time of intense and active oppression of Black people and many non-white people including Indigenous Americans, Asian Americans, and Mexican Americans. Those people fought against that oppression in a variety of ways—they were not passive victims. Their voices—the voices of Chief Joseph, Ida B. Wells, Sara Winnemucca and many others who actively fought against violent discrimination, disenfranchisement, and dispossession—are in this volume. To fully understand this period of history, one has to grapple with all of it—the progress and the regression, the violence and racism that defined the thinking of this period, as well as the advances made in industry.

I believe that the best way to learn about the past is through the eyes and ears of those who experienced it. We want to see what they saw and hear what they heard. We must listen carefully to our sources, but we must also ask of them critical questions. To study the past, then, is to engage in a conversation with our sources. The more voices that we can include, the more vibrant that conversation will be and the greater will be our understanding of the past.