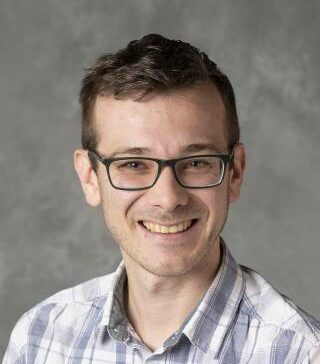 Editor’s note: Our vice president of editorial, Sarah Robertson, recently conducted an interview with Jon Chandler, editor of the forthcoming Schlager Anthology of the American Revolution: A Student’s Guide to Essential Primary Sources. Jon is a Lecturer (Teaching) in History at University College London. His research explores the impact of war on politics, society, and economy in the eighteenth century Atlantic World. His first book, War, Patriotism and Identity in Revolutionary North America, was published in 2020 and explains how new identities emerged from the stresses of the American Revolution. He is also interested in history education and especially the use of technology in higher education.

1) [SR] With the new Schlager Anthology of the American Revolution, what were your overall goals in developing the list of entries? What kind of balance/approach were you trying to achieve that might be different from previous anthologies on this subject?

[JC] The movement for independence lasted over twenty years and included a vast number of participants across a huge variety of places. These men and women had such diverse motives, aspirations, and experiences that it is impossible to provide a single and incontestable interpretation. I wanted to compile sources that illustrated this complex and contested history of the American Revolution. The sources include familiar and obscure voices that provide contrasting perspectives. Students will come across George Washington, Benjamin Franklin, and other Founding Fathers. But they will also encounter Minavavana, an Ojibwe Chief; Peter Bestes, an African American slave in Massachusetts; and Mary Jemison, an adopted member of the Seneca. The story of the American Revolution is the story of all these people.

The experience of the American Loyalists has received increasing attention over the past decade, but there is still a great deal for us to learn. In each section of the anthology I have included voices from those men and women who, for various reasons, wished to remain part of Greater Britain. African Americans and Native Americans sided with the Crown in large numbers, and their stories have often been neglected. In recent years, however, scholars have begun to move away from the traditional histories of the American Revolution and have expanded our geographical and chronological scope. This research reveals that the creation of the United States was a far more complex, contested, and uncertain process than many realize.

In 1832 Congress passed a new Pension Act to support the aged veterans of the Revolutionary War. Hundreds of veterans sent in written applications, which are now important historical sources that reveal powerful stories. Jehu Grant, for example, was one of dozens of African American veterans who applied for a pension. Grant was a slave in Rhode Island who, like many others, hoped to win his liberty through the American Revolution. Grant believed that his master was a Loyalist so, instead of joining the British, he decided to escape and enlist with the Continental Army. He served for eight months before he was discovered and sent back to his master. Grant remained a remained a slave for several more years before he finally won his emancipation. Aged in his eighties, he applied for a pension, but because he had been a fugitive slave, the government declared that his military service was unlawful. Grant’s application was denied and he died a few years later in poverty. Grant’s is a powerful story of hope as well as injustice.

I have attempted to weave marginalized voices into every chapter throughout the anthology. Women played a crucial role at every stage of the American Revolution: without their support, the resistance to British taxation politics, and in particular the boycott of British goods, would not have been possible. Native American nations had their own agendas but often found themselves drawn into the Revolutionary War, despite their efforts to remain neutral. African Americans like Jehu Grant saw the war as an opportunity to win their freedom. We cannot begin to understand the history of the American Revolution without studying their stories. These people had as much influence on the creation of the United States as those in Independence Hall.

I believe that the best way to learn about the past is through the eyes and ears of those who experienced it. We want to see what they saw and hear what they heard. We must listen carefully to our sources, but we must also ask of them critical questions. To study the past, then, is to engage in a conversation with our sources. The more voices that we can include the more vibrant that conversation will be and the greater will be our understanding of the past.

6) How does the new Schlager Anthology of the American Revolution present a modern approach to the historical era?

In The Schlager Anthology of the American Revolution we are moving beyond the Boston Tea Party, the Declaration of Independence, and the Battle of Yorktown. Of course, these are all important moments, and they do feature in this anthology. But I have tried to move beyond a simple narrative of a march towards inevitable independence. I have tried to complicate the story, to emphasize that different people, at different times, and in different places, had their own interpretations and motivations. The American Revolution was complex, contested, and ultimately uncertain: there was no guarantee that independence would be won. It is important to remember that as we analyze the decisions and the actions that were taken by people in the past.

7) In your introduction to the anthology, you began by quoting John Adams who wondered “What do we mean by the American Revolution?” How does this anthology get us closer to answering that question?

The American Revolution is fundamental to the foundation of the modern United States, and therefore our own sense of today’s United States will always influence how we see and understand the Revolution. It is impossible, then, to interpret the Revolution with complete detachment. People will continue to disagree about the meaning of events: there can be no single history that tells the whole story. That, however, is what makes history so fascinating. The men and women who are featured in this anthology had such diverse motives, aspirations, and experiences that it is impossible to provide a single and incontestable interpretation. As you read these documents, you can begin to understand how these very different people engaged with the world around them. The sources included in this anthology will equip you to draw your own conclusions about the meaning of the American Revolution.