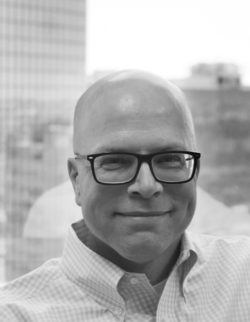 We are excited about the launch of our new reference series devoted to primary sources, Schlager Anthologies for Students, which we announced last week. While our team is hard at work on the editing and production of these 5 publications, I thought I would take a moment to explain the origins and experiences that led us to create this series.

A decade ago, when we published our first primary source reference series (Milestone Documents), we pioneered an approach that paired critical documents from U.S. and world history with in-depth commentary written by historians and scholars. That commentary walked students through each document section-by-section, in addition to helping them understand the background, purpose, context, and impact of each source. The sets in the Milestone Documents series each received awards and rave reviews, and they are available today either through us or through our distribution partner, Salem Press. In addition, the content in these sets formed the foundation of our library subscription database, Milestone Documents Online.

In the years since we published that series, we have focused extensively on our classroom service for high school and early college history courses. In the course of years of discussions with instructors and professors, we consistently found them pressing two themes: 1) the need for an ever-greater diversity of sources, especially those produced by and covering communities that have often received light coverage in standard history texts: women, African Americans, Latinos, Asian Americans, the LGBTQ community, immigrants, and more; and 2) the call for an approach that requires less-intensive reading and that is more accessible to a larger cohort of students from all skill levels, including struggling readers and those who speak English as a second language.

Given that feedback, we felt the time was right to relaunch our library reference division with a new series that was built on these principles of inclusion and accessibility. Edited by leading scholars and featuring contributions from numerous other historians, the first 5 titles in the series will be out later this year. All focus on U.S. history, but we look forward to expanding the approach to world history in the future.

First up will be the Schlager Anthology of Black America, edited by Dan Royles. It will be followed by titles devoted to the American Revolution, the Gilded Age and Progressive Era, Early America, and Westward Expansion. All sets are available for pre-order today.